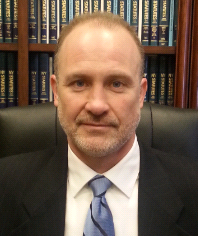 Sean Maher’s practice focuses on federal and state criminal defense.  He has represented clients in almost every type of criminal case, including murder, providing material support to terrorists, conspiracy to assassinate the President of the United States, healthcare fraud, tax fraud, money laundering, drug trafficking and possession, armed offenses, and sex offenses.  Mr. Maher assists individuals, organizations, and businesses at all stages of a potential or charged criminal matter, from initial investigations through trials, appeals, and post-conviction proceedings.

The heart of Mr. Maher’s practice is trial advocacy: representing clients at trial when the prosecution has refused to dismiss unjust charges or refused to offer a reasonable resolution in light of all the circumstances.

Prior to forming The Law Offices of Sean M. Maher, PLLC, Mr. Maher was a partner in the firm of Wahid, Vizcaino & Maher LLP based in New York and Miami.  Before entering private practice, Mr. Maher was a supervising attorney at the Neighborhood Defender Service of Harlem where Mr. Maher managed the office’s criminal defense practice  and personally represented hundreds of clients facing felony and misdemeanor charges, ranging from infanticide, serial rape, and gang execution to minor drug possession and DUI.  Mr. Maher also handled hundreds of felony cases as a senior trial attorney at the Fulton County Public Defender’s Office in Atlanta, Georgia.

We use cookies to ensure that we give you the best experience on our website. If you continue to use this site we will assume that you are happy with it.OkNo
You can revoke your consent any time using the Revoke consent button.Revoke cookies